Did you get this Warning/Notice? :

Deprecated Warning : Assigning the return value of new by reference is deprecated in *  on line *

In PHP5 this notation is deprecated

That would generate the warning but ‘&’ is not required and can be removed.

To see why this was used in PHP4, see  http://www.php.net/manual/en/oop4.newref.php

PHP Developer’s Home php.net has been blacklisted by Google. I think that’s probably happened ~ in between 23rd October 2013 11:15 PM IST and 24th October 2013 9:35 AM IST. Tha actual problem is that Google’s Safe Browsing technology is blocking access to PHP.net as a precaution, after apparently detecting that some of its pages were booby-trapped with links to malicious software. php.net is widley used by coders all around the globe. Google didn’t specify the types of Trojans associated with the apparent attack but it did state the domains they came from. Users visiting the PHP.net site using Google Chrome, Mozilla’s Firefox and or Apple Safari (Mozilla and Apple both license Safe Browsing from Google) were confronted by a warning firmly instructing them not to proceed any further.

“It appears Google has found a false positive and marked all of  http://php.net  as suspicious. pic.twitter.com/YDlHcUnCK6 “

“What our systems found was definitely a compromised JS file, and others on this thread have posted something similar to what we saw. This is not a false positive.

We have detailed help for webmasters in this kind of situation:

One thing that I strongly suggest to any webmaster in this situation is to look for any server vulnerability that allowed this file to get compromised in the first place. We sometimes see webmasters simply fix the affected files without digging into security hole that allowed the hack, which leaves the server vulnerable for repeat attacks.”

Zend Co-Founder Zeev Suraski (@zeevs) replied to my tweet related to this issue:

Below are the screenshots links which shows malware warning :

Whatever the problem my favorite website is blacklisted by Google!..:( Google will remove this warning soon (Hopefully) !

By Using phpMyAdmin, The sql file import operations for bigger files are very difficult. There is a chance that it’ll timeout during the operations and also, browser will be using heavy memory. So how to get rid of these issues?
No problems! Just try importing the sql file directly in mysql console (command line). I’m explaining the steps based on a web hosting context. (For eg. You’ve a hosting account (Shared or Dedicated) with GoDaddy, Bluehost, Hostgator etc)

(This is the command for directly logging into the mysql server. Please note that there is no space after -u, -h, -p. Also Replace Username, Hostname & Password with your DB details)

Replace DBname with your own database name

The import operation initiates once you execute the above command. We used source command to specify the location of your sql file (You’ve to give correct path of the sql file). That’s it.

Google named Android latest version as KitKat. Have a Break, Have a KitKat..:) 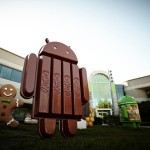 You might have noticed, In Firefox Version 23(+) there is no way to disable  JavaScript functionality from Tools->options-> Content (Tab). They say “In Firefox 23, as part of an effort to simplify the Firefox options set and protect users from unintentionally damaging their Firefox, the option to disable JavaScript was removed from the Firefox Options window.”

The option to disable JavaScript was not removed from Firefox entirely. You can still access it from about:config or by installing an add-on.

How to disable (& enable back) Javascript from Firefox ver. 23

To Enable JavaScript back, repeat these steps.

You can alternatively install an add-on that lets you disable JavaScript, such as

The below code will help you to remove non-english characters from your PHP variable string.

If you want to include numbers & space from the above string, Use below code.

Warning: file_get_contents(): Unable to find the wrapper “https” – did you forget to enable it when you configured PHP?

You just need to uncomment the line extension=php_openssl.dll.

If the extension itself does not exist, You have to add extension=php_openssl.dll to your php.ini file. (Provided you’ve the proper dll file bundled with your windows PHP environment (I’m using XAMPP & the dll extension is php_openssl.dll.)

PHP’s array_unique function allows you to remove duplicate values from an array.

Note : The keys are preserved. array_unique() sorts the values treated as string at first, then will keep the first key encountered for every value, and ignore all following keys. It does not mean that the key of the first related value from the unsorted array will be kept.

In PHP, You can convert a string to an array using str_split function.

If the optional split_length parameter is specified, the returned array will be broken down into pieces with each being split_length in length, otherwise each piece will be one character in length.